Looking for VirtualBox alternatives to create virtual machines on Linux, Windows or macOS (OS X)? I don’t think you need them, yet here are few of them…

These software-created virtual machines take advantage of the hardware components on a computer such as RAM and storage in complete isolation to the primary operating system. Among the most popular virtualization options for Mac users are Parallels Desktop, VMWare Fusion, and VirtualBox.

Our today’s personal computers are enough powerful even we couldn’t utilize their whole capacity thus, in those situations we can use Virtual machines. VMs will not only help us to fully utilize the resources of computers but also let us experience different operating systems such as Linux to experiment with different things without touching the host operating system.

Thus, using virtualization is the best way to try alternative operating systems by using tools like Oracle VirtualBox. This open source tool was designed and developed by the famous Oracle corporation to use on all most every mainstream OS.

Although being a free and open source virtualization platform VB is the best option, not performance-wise. Yes, there are few alternative platforms for virtualization that are not graphically intuitive and easy to use like Oracle VB but better in terms of performance such as KVM. Still, I would recommend you to stick with VBox unless you don’t need its alternatives.

If you ask any tech expert to suggest VirtualBox alternative with easy to use graphical user interface then VMware Player will be the first suggestion. The first thing, it is available for Windows and Linux (Debian, Ubuntu, RedHat, CentOS & more…), in case of macOS users, VMware fusion is there. Thus, the cross-platform facility is there however, it is free not opens source and distribution is for personal usage only; for commercial purpose, the user has to buy a license. VMWare s fully supported by the Windows 10 as well including Windows 7 and previous generations.

VMware Player works with more than 200 guest operating systems, which include Windows and well-known Linux distributions like SuSE, Red Hat and Ubuntu as well as more exotic derivatives like CentOS, Fedora and OpenSUSE.

If you already a user of VirtualBox then you won’t feel much complications to start using it.

Qemu is a free and open-source emulator solution that can run on a large number of operating systems. In addition to the main processor, the software emulates a DVD drive, the graphics card and the USB controller. Run KVM and Xen virtual machines with near-native performance

In this way, it is no problem to run Windows software under macOS or in a Linux environment and vice versa. However, since some work is usually still required to set everything up perfectly, you should consult the documentation beforehand. 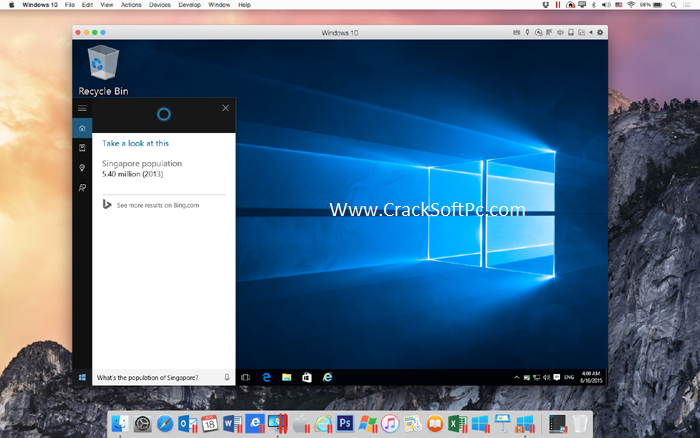 Another free open source software in the list is KVM (Kernel Virtual Machine) the virtualization of operating systems is simplified under Linux. The software itself is built into the kernel and is supplied with modern Linux systems.

Other virtualization software sometimes works with so-called hypervisors. Since KVM is embedded directly in the kernel, this additional layer is no longer necessary. To support hardware virtualization, processors from Intel with VT technology or processors from AMD with AMD-V technology should be used. The guest system no longer has to be adapted.
KVM provides the option to boot operating systems under Linux as a separate process. Thanks to the KVM driver, which is embedded directly in the Linux kernel, these processes can use their kernel and user modes. Thus, the only Linux users can install it, this just like XEN, Type 1 kind of hypervisor. However, it is not for regular users and one should have some good knowledge of Linux to work with it.

MobaLiveCD as a Virtual Box alternative also uses the free emulator “Quemu”, a so-called virtualizer; which enables the images to run under Windows in a window to virtualize different operating system with best possible performance. You can load and execute ISO files from Linux Live CDs. Thus no need to burn ISO files and restart the computer to experience the LIVE ISO images of Linux distros which is not possible generally; earlier if you wanted to try a Linux Live CD such as Ubuntu or CentOS, it was always necessary to burn the corresponding ISO images onto a CD/DVD and then restart the computer.

With MobaLiveCD, the last two steps are eliminated. Now you can simply select the ISO file and start a Linux distribution of your choice, for example.

Furthermore, MobaLiveCD doesn’t even have to be installed. It can also be executed from a USB stick and, with its size of only 1.6 MB; that means we can even share it on Whatsapp or emails to test Linux ISOs instantly.

MobaLiveCD can be installed under Windows XP, Vista, Windows 7 and Windows 10.

I will not say this is a perfect alternative because it is a VirtualBox with the only difference of portability as compared to the standard version. Yes, the portable version doesn’t need any kind of installation, we just need to download, extract and run it to create and use virtual machines. The best thing, we can copy it to any USB drive to use it on any Windows 10/8/7 machines. But there is a catch this is only available for Windows users, thus Linux and macOS users have to feel left out from this particular alternate option of VirtualBox.