Following the many earlier popular releases in the Chessmaster series, this tenth edition boasts an even greater emphasis on helping gamers to become better chess players. The game's new version of the 'King' chess engine is designed to be accommodating enough to teach an absolute beginner and yet powerful enough to defeat grandmaster. Presentation has been upgraded as well, with animated pieces, a variety of board styles, and a selection of appropriate background music. The game's 'Academy' mode features the return of International Master Josh Waitzkin, who offers general guidance and advice, as well as Larry Christiansen, with lessons on offensive strategy. Online options allow players to find suitable human opponents on the Internet, establish rankings, and set up their own tournaments.

When I load a chess program, the first thing I tend to notice is the interface. Does it have too few hot buttons, so half the time I am resorting to memorizing hotkeys or going to a menu? Or does the sheer number of hot buttons actually get in the way of enjoying the game, because it is impossible to find anything, even though it's all right there in front of you?

Chessmaster seems to walk right down the middle between these two extremes. There are few windows that you have the option of hiding if you don't need them. The hot buttons at the bottom have descriptive enough pictures that you can likely guess what they are for, and they essentially contain the things you are most likely to need to do while playing chess (besides actually moving the pieces, that is). The navigation bar on the left (for switching play modes and so forth) is the same way.

Of course, like any modern chess program, you are given a large variety of piece and board styles, and can generally see them from any angle. There are even a few sets that are in '3-D' - they even give you a pair of blue/red 3-D glasses to view them with. I can't tell you how good those looked, because basically that kind of 3-D gives me a headache, so I took a pass. 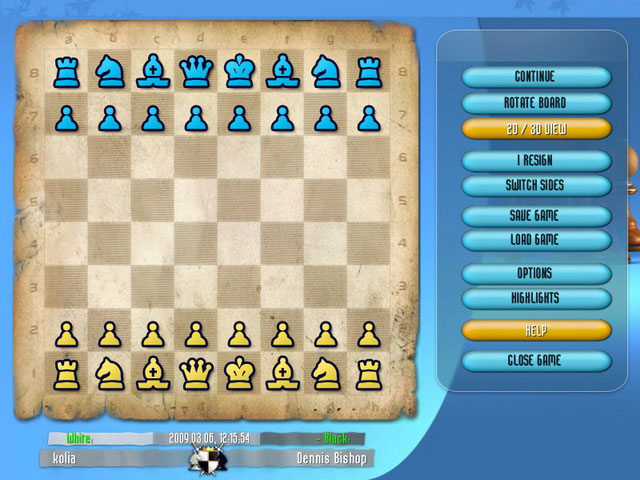 One area where Chessmaster excels is in the training area. The Chessmaster Academy features instructional material by International Master Josh Waitzkin (a name that is likely to click only with aficionados of the professional chess world). It has tutorials for all levels, from beginner to expert, and the subjects vary from how the pieces move to the psychology of the game. I found it very educational. 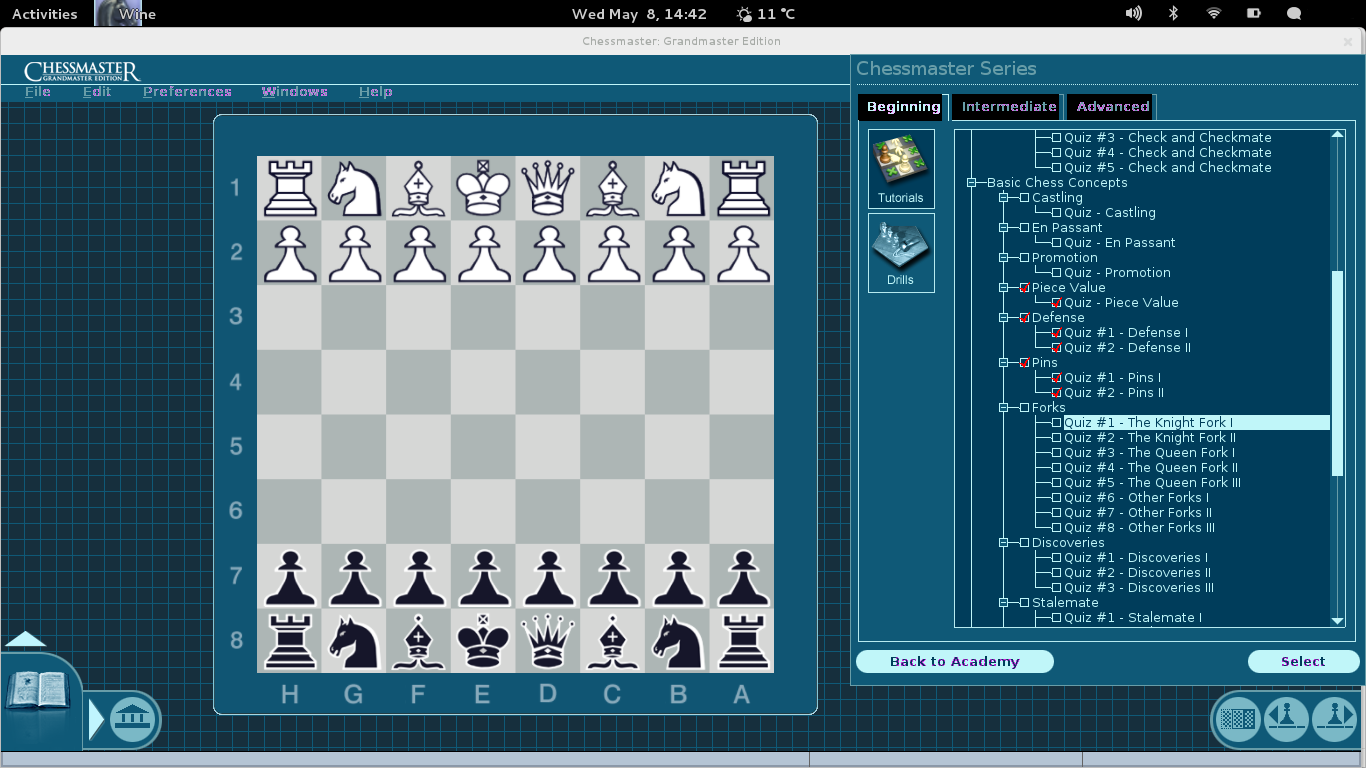 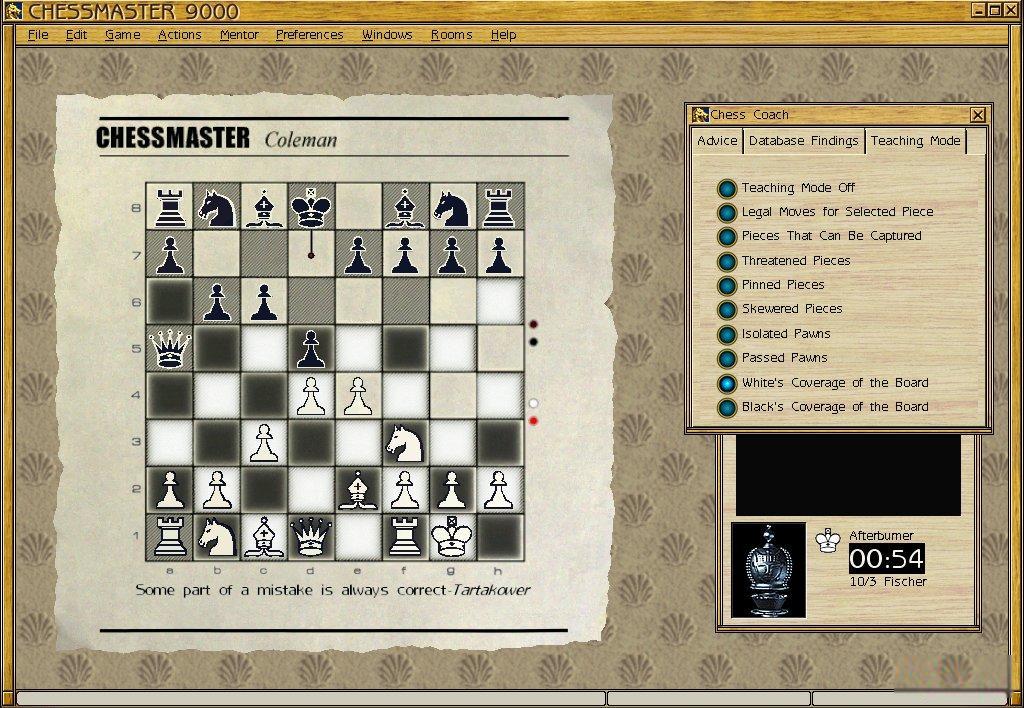 Also, the game database is quite impressive, with over 530,000 entries, including recent Grandmaster-level games. Featured are about 800 of the most famous matches in chess history, dating as far back as 1619. The commentary on each move by famous chess players makes the quite a learning experience. 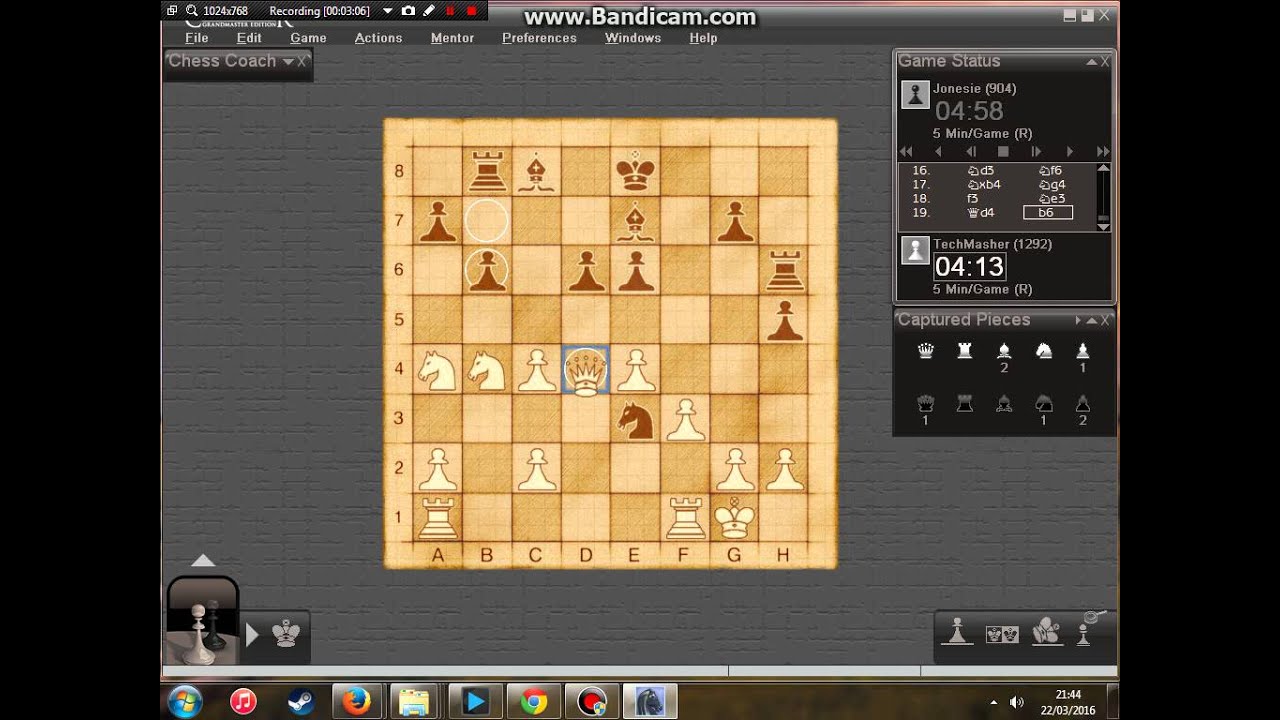 Now, the meat of any chess program is the chess engine. Chessmaster's 'The King' is pretty versatile, enabling it to simulate over 190 different opponents, each with its own skill level and play style. This allows virtually anyone to find opponents that will suit them. Of course, the higher-rated opponents make almost no mistakes, and should be an adequate challenge for most chess players.

I have no idea how well The King could stand up to a Grandmaster, but the people at UbiSoft seem to want to focus on Chessmaster's teaching ability, which it does quite well. 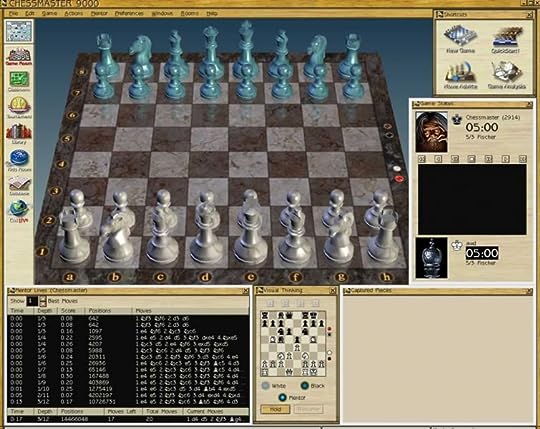