You really have to hand it to the team behind Donkey Kong Country 4: The Kongs Return. Not only have they created their engine from scratch but everything about the look and feel of the game just screams original SNES!

DKC4 isn’t a rom hack, rather a stand alone game built to feel identical to the original DKC trilogy. Leo_Core, the lead designer, had been working on the engine in his own time for who knows how long. Then in 2011, he posted about his progress on the DKC Atlas forums back and sure enough a team of volunteers stepped forward. All of these interaction have been archived on the the DKC Atlas forums. Kind of neat to know that this was the conversation that sparked the development of the game we can play today! Many artists have contributed towards DKC4’s development, recreating sprites from the original game and animating them just as you’d remember. All sorts of textures and backgrounds have been to feel as close to the original game as possible. No matter the Kong you preferred playing as, they’ve got em mechanically and aesthetically decked out for the demo; sounds like more control over how you tryna be vibing to me! Just pick up the Kong barrel with their sprite hovering above it and BAM. 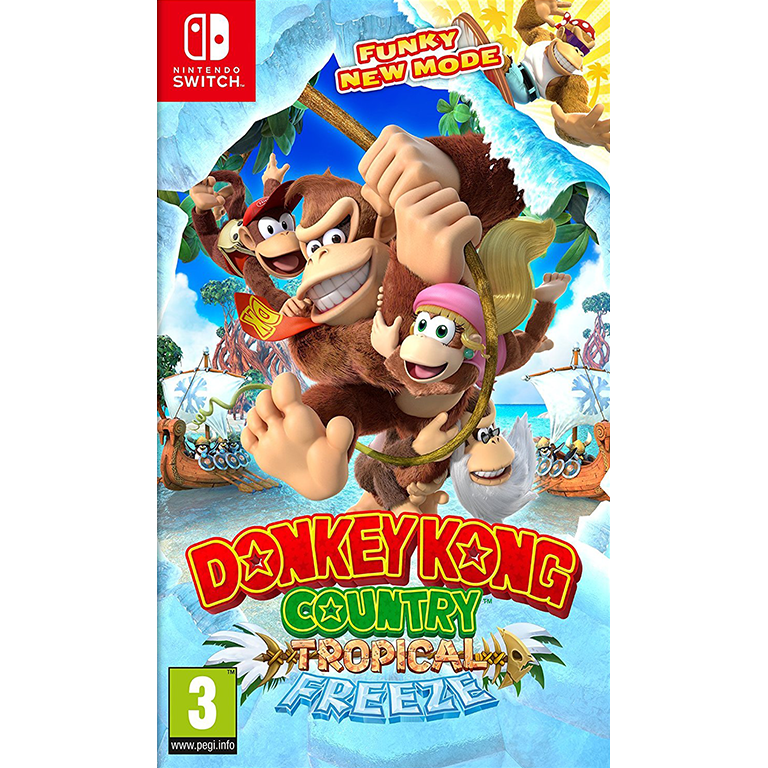 For the frame data nerds out there, DK still has strength, Diddy has the speed, Dixie can hover and Kiddy… well, Kiddy Kong still creeps me out.

Version 3.0 offers nine original levels to explore. All are themed after older DKC atmospheres like ships, forests, ruins and swamps. It wouldn’t be a DKC game without the minigames and The Kongs Return keep those coming at you every which way! Similar every minigame keeps what’s good about the old while mixing in some of the new. Expect some shenanigans to ensue.

Gameplay wise, DKC4 is identical as you’d want it to with original games. Your eyeballs are going feel right a home but wasn’t the DKC games known for their music, too…?

Most of the music feels more inspired by late 90’s keygen software than David Wise’s contribution. Instead of playing midi files using a soundfont reminiscent of the SNES sound card, mixed down OGG files are used. These do seem to be recordings of midi-like compositions though but the virtual instruments used sound more like N64 instruments or straight up CD quality audio.

Listen, it’s not bad music. — I have the folder of OGGs copied for personal listening. If you’re having fun playing the game, they won’t kill your buzz but you might get a little bit of that uncanny valley feeling that reminds you you’re playing a remake of an SNES game on PC. Tbh it’s lit.

So The Kongs Return is the exact style of fan game that I would love to see release their source code to the public! The DKC rom hack scene doesn’t boast the richest toolbox to pull from. Having a replica engine on PC with design tools developers with passion but no programming skills could us would be a game changer. New campaigns and complete gameplay overhauls would run rampant! Any DKC fan could make their own personal level pack without the steepest of learning curves.

The current build, demo 3, is a rather short but potent experience. Its nine levels and last about 60-90 minutes, probably less if you know the DKC mechanics like the back of your hand. That being said, a video hinting at a recent release of demo 4 came out just over a month ago and between now and demo 3’s release, multiple videos showing the progress the team has make were posted!

If you’re looking to play through the Demo 3 build, the official link can be found right here: http://www.mediafire.com/file/9y8zc3yz7ry3xt3/Donkey+Kong+Country+4+The+Kongs+Return+-+Demo+v0.3.rar … and lots other DKC fan made content can be found on the DKC Atlas Forum, found here: http://www.dkc-atlas.com/forum/index.php

Big big shouts to engine designers HyperKalango, NecroToad and LeoCore for attempting and succeeding with a large project like this! Also big shouts to the many artists and designers who had a hand in recreating so much content. You guys are making a lot of fans excited with your work!!